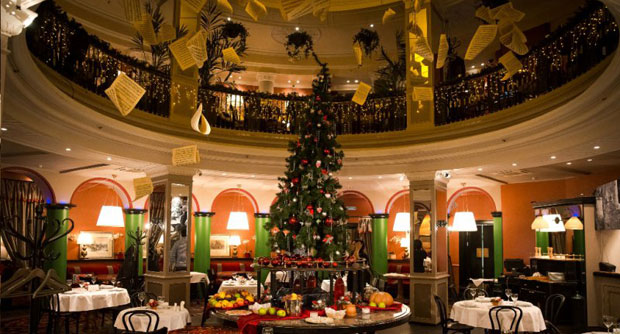 The new Georgian restaurant Tchaikovsky v Tiflise opened in the rotunda of Café Tchaikovsky. The target audience of the new place is creative intellectuals who appreciate not only the taste but also the style of food. The interior features several canvases depicting Tchaikovsky’s life in Tiflis (an old name of the Georgian capital Tbilisi). The menu offers aristocratic Georgian cuisine of the 19th century. Edisher Khevsuriani is in charge of classic Georgian recipes, and Anna Kuchava guarantees the authenticity: she learned how to cook from her grandmother – Tchaikovsky’s contemporary.